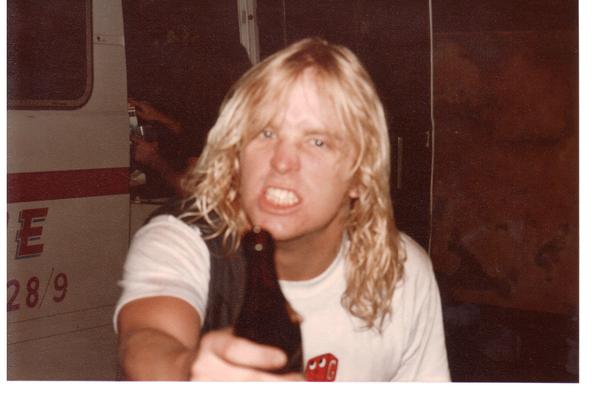 Ahh, really depressing news today. Guitarist and one of the founders of Slayer, Jeff Hanneman was pronounced dead this morning, May 2, due to Liver failure. Devastating news for all Slayer fans and likely worse, to the band. Jeff is survived by his wife Kathy, his 2 brothers and his sister.

The band made their official statement earlier today to shut down any possible rumors and to let everyone know this truly saddening news:

You can view this post on Slayer’s FaceBook page, here. While a loss like this isn’t as massive to a bands longevity, like that with Suicide Silence losing frontman Mitch Lucker in a motorcycle accident not too long ago. A guitarist can be easily replaced. With practice any guitarist can develop the skill to learn and perform the licks of another guitarist. However there is a critical component that cannot really be replaced. I’m talking about the mindset, the creative lens, the spark you bring to the table. This may sound crazy to some of you. However my boys out there reading this that are in bands, you understand what I’m talking about here. When you lose a band mate, you lose more than just the licks that they wrote. Unless, of course, they were a shitty band mate haha. In which case you may be happy for their departure. Anyway, I digress.. This is truly not that type of situation.

This news really hit home for me. In addition to me being a long-time Slayer fan, this past January I lost my father to a suspected Liver failure at only 45 years old. The affect that this condition, and losing a loved one to it, has on a person is a deep, downing feeling. The band, his loved ones and likely many fans will be hurting from this for a while. I also began to think about the “rockstar lifestyle” after hearing this news and how many musicians have died of similar causes due to many years of partying too hard. We all hear the news of overdoses and drunk driving accidents, again, like that with Mitch Lucker. Initially I thought that it sucks a little bit that this is happening but then soon realized that these people are also often happy. They may drink a lot, but it’s not to numb pain (as far as we often learn) but rather to get loose and enjoy themselves after a gig. I suppose I’m not really sure where I am going with this, but if I’ve sparked any thoughts in you, please feel free to leave them in the comments section at the bottom of the page.

Being a member of the band since it’s formation in 1981, a lot of Slayer’s overall sound and feel is heavily influenced by Hanneman. With such tracks as “Raining Blood”, “Disciple” and essentially the entire “God Hates Us All” album, Hanneman has written some excellent guitar parts and influenced multiple generations of young guitarists. Leaving behind his family at only 49, he will be greatly missed. 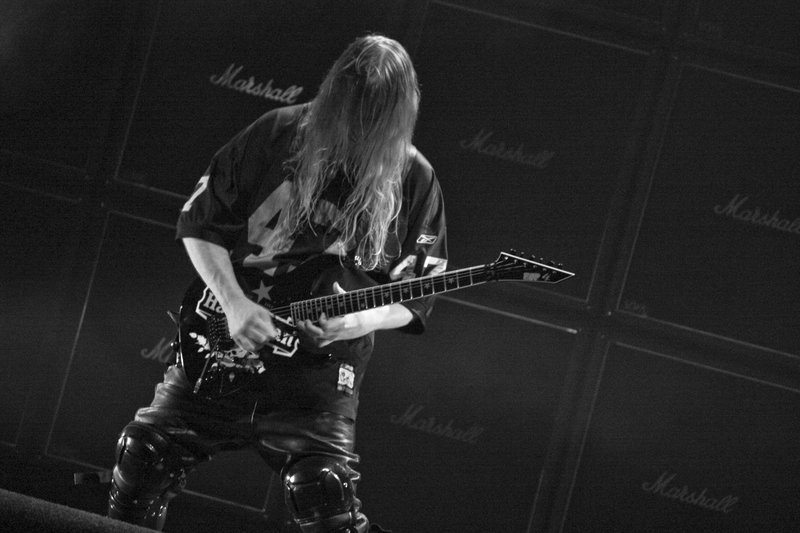 Have you ever wondered why your guitar has frets? If you’re reading this post, END_OF_DOCUMENT_TOKEN_TO_BE_REPLACED