How to Play the A Major Guitar Chord

A Major is one of the most popular guitar chords in music, found in countless songs in just about every genre.

In this free guitar lesson, you’ll learn how to play the A major guitar chord, all chords in the key of A major, as well as several songs and chord progressions to practice A Major to.

How to Play the A Major Guitar Chord

If the chart above is confusing to you, check out our lesson on How to Read Guitar Chord Diagrams.

For A Major, strum every string except the low E string.

Tip: Bend your knuckle to clear the high E string, allowing it to ring clearly.

The A Major chord can also be played with your first through third fingers, as opposed to your second through fourth fingers.

A major can be a tricky one for beginners since the notes are all right next to each other. Experimenting with different fingerings for this chord will help you find what’s most comfortable and also help you have smoother chord transitions.

Learn more about how different fingerings for the same chord can improve your transitions in my lesson: Guitar Chord Transition Exercises.

Chords in the Key of A Major

The guitar chords in the key of A major are simply based on the notes of the A Major scale. Learn more about the key of A Major here.

Popular Songs to Practice A Major

What to Learn Next

Have you ever wondered why your guitar has frets? If you’re reading this post, END_OF_DOCUMENT_TOKEN_TO_BE_REPLACED 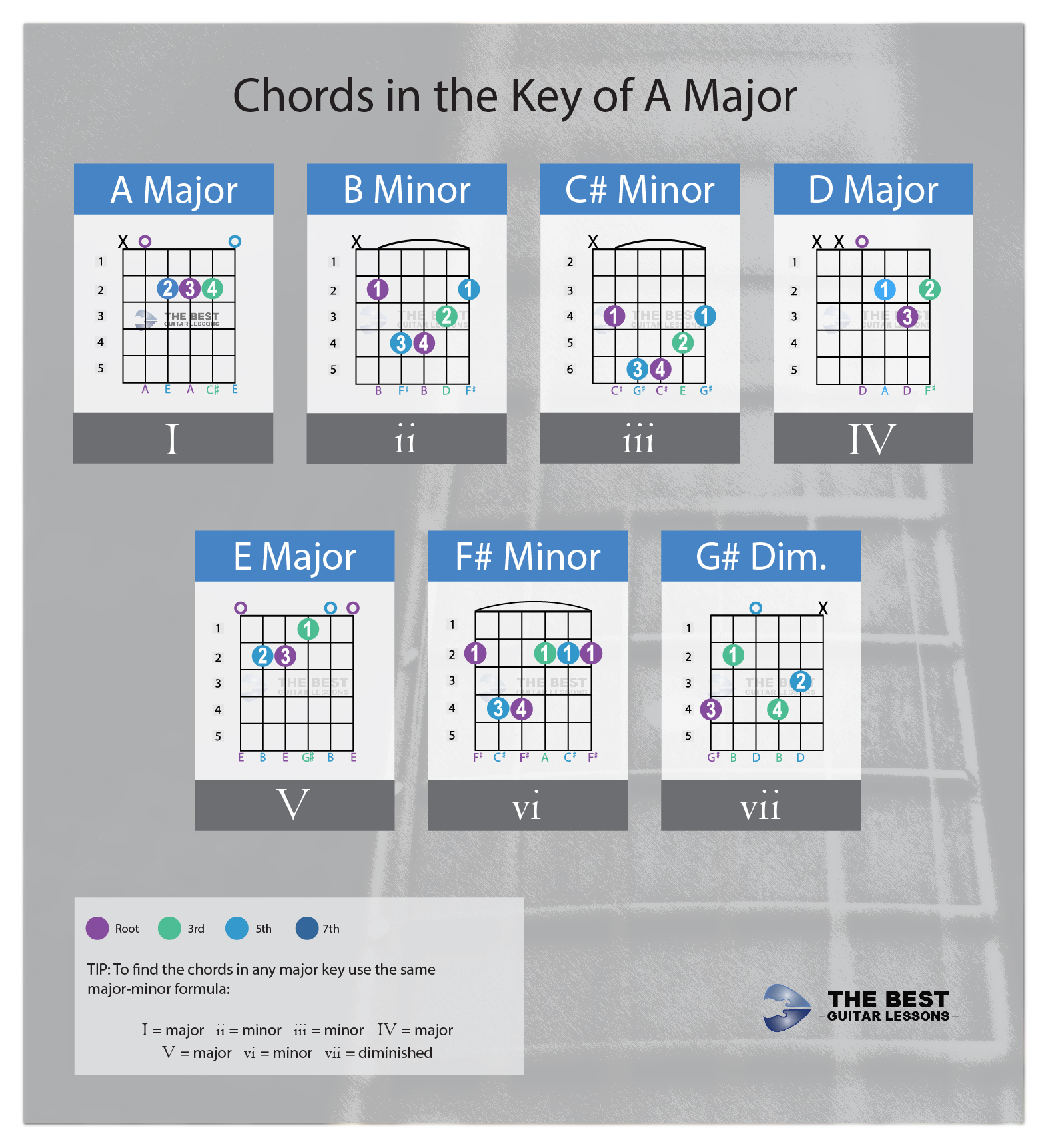