How to Read Guitar TABs and Chord Diagrams

You will need to know how to read guitar TABs and chord diagrams to understand just about every other lesson here on TheBestGuitarLessons, as well as any other lesson you may take.

Without this knowledge you will stay lost and confused for a long time. Additionally, learning TABs can make learning guitar much, much easier.

The frets on your guitar are the thin pieces of metal that go across the guitar neck. On chord diagrams the frets are marked for you. In TAB, the frets are indicated by a number on a line. 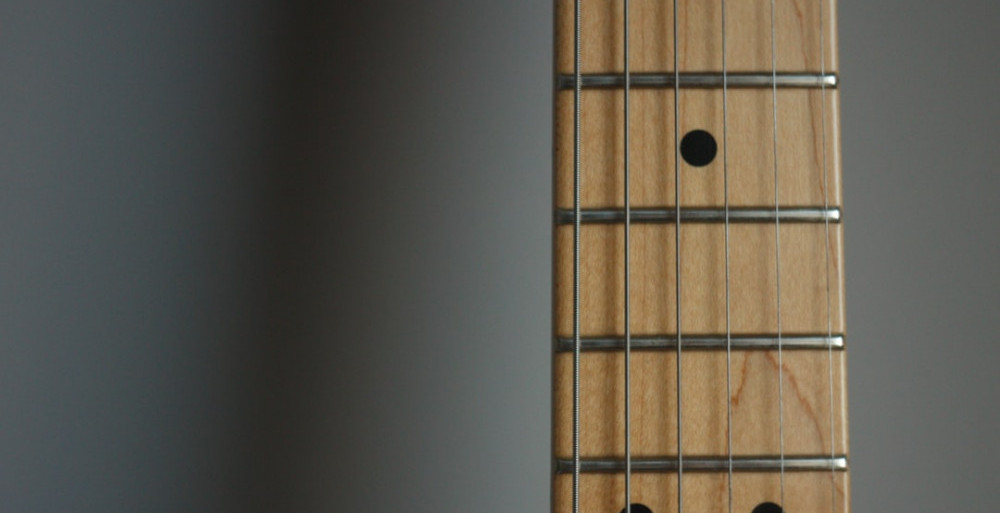 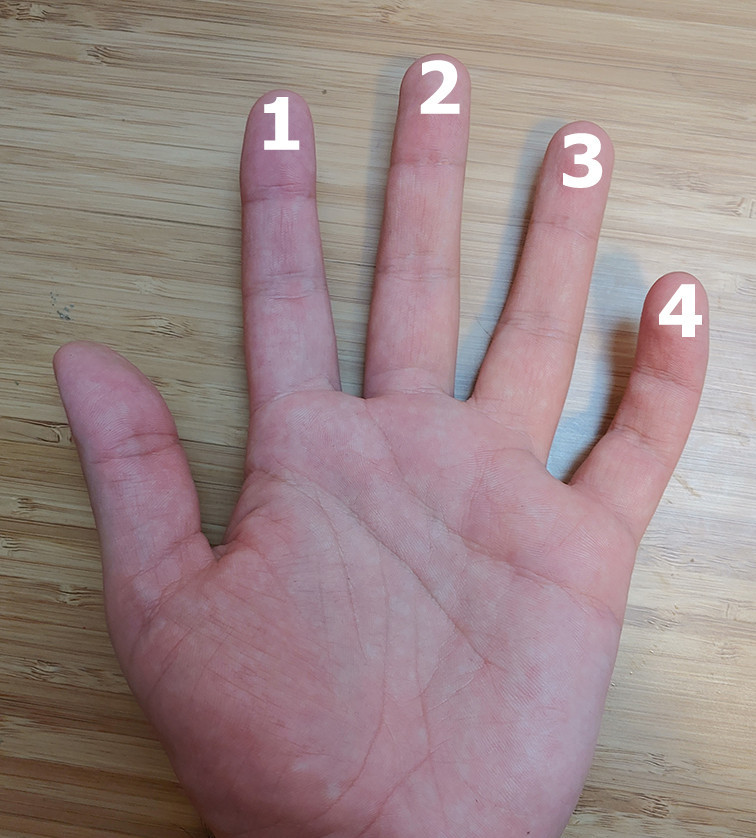 Your fingers on your fretting hand are numbered 1-4. The numbering is:

Your standard guitar has 6 strings. Each string is represented in chord diagrams and in TAB. Usually with chord diagrams, the thickest string (low E) will be on the far left and the strings gradually get thinner in the diagram to symbolize the smaller strings on your physical guitar.

The remainder of this post assumes a general knowledge of the guitar and it's parts. If you need a refresher on this, check out my lesson: Anatomy of a Guitar.

With TABs, the bottom line represents the Low E string and moves up: 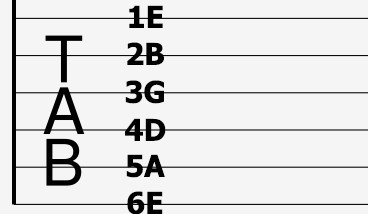 How to Read Guitar Chord Diagrams 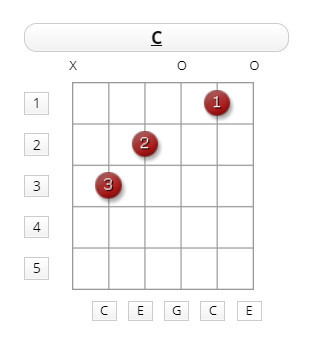 As you can see in the above chord chart, the name of the chord is above the chart.

Below that you will notice circles and X’s above the diagram but below the chord name. These are intentionally placed directly above specific strings.

An O above a specific string means play that open string.

An X above a string means do not play that string.

The numbers on the left of the diagram represent the frets.

Occasionally, if you have a good chord diagram, you will see what the fretted notes are, as well. This can be seen in the above example, as well.

Notes vs Chords in TAB

When you see a number on a TAB line with no numbers above or below it then that is intended to be played as a single note.

When you see multiple numbers stacked on top of each other in TAB it means those notes are supposed to be played at the same time, as a guitar chord. More info on learning chords can be found in my lesson on How to Learn Guitar Chords.

How to Read Guitar TABs

At the top of your TAB sheet you will see the Title of the TAB, the tuning the TAB is played in, the tempo of the piece right below the tuning and the composer of the music.

A PM followed by dotted lines represents palm muting. Start palm muting on the note the PM is over and continue to palm mute until you hit the note without a dotted line above it.

You will notice there is also a small vertical line at the end of the dotted line to signify where to stop lam muting, as well.

Here we have an example of both palm muting and string deadening. An X on the string it means to play that dead string.

I will cover dead strings more in another lesson. However, this is when you rest your fingers on top of the string without pressing down all the way to remove any real tone. 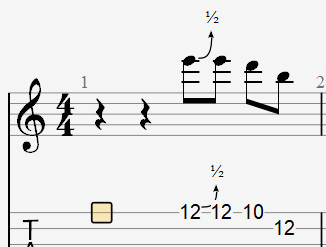 A bent upward arrow on a number signifies a bend. You will notice a number at the top of the arrow. Typically you will see ½ or 1 or whole there. This tells you how many STEPS above your current note to bend.

For example, say you are playing an F note and you see the ½ bend on that F. You would bend the F note until it sounds like F# then release the bend.

Making sure you bend the correct amount is very important for keeping riffs and licks sounding in tune.

Vibrato is symbolized by a squiggly line above a note. In the above example, you would play the G string at the 10th fret and vibrato that note until the end of the measure.

A downward sloped line symbolizes a slide down the neck.

In the above example you would play the third fret then slide down to the second fret.

Since the note you end on for a slide will be playing from you plucking the root note, you do not need to re-pick the note you end on in a slide. In the above example, you would not play the 2nd fret after the slide, since that note will already be ringing out.

An arch connecting two numbers symbolizes a hammer-on, pull-off or a hammer-pull. You may also often see a P or an H to give you a hint of if a hammer or a pull is being called for. Though, it is usually pretty easy to figure out based on if the number is going up or down.

In the second example have a double pull. For this example you would play the 5th fret, pull off to the 3rd fret, then pull off to an open string.

The final example shows a hammer-pull. Here you would play the 7th fret, then hammer-on and pull off the 8th fret, resolving back to the 7th fret.

You will often see small symbols above the TAB lines that look like little tables or downward facing arrows. These are often seen in chord/strumming TABs or in guitar picking exercises. These let you know if you should be doing a down stroke or an upstroke.

The table looking icon tells you to down stroke.

The arrow icon is the upstroke symbol. 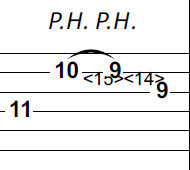 Pinch Harmonics and Artificial Harmonics have their own symbols as well.

If you see PH above the note that is a signal to use pinch harmonics. Additionally, you may see the fret number inside of <>. So, in the top example, you will see <15> <14> letting you know those pinch harmonics.

Artificial Harmonics, will have either an AH or a Harm.-----| above the notes.

Tapping can look a bit complicated on TABs and can also be displayed a few different ways. The above example shows ALL the ways.

You will always see a T above the note to be tapped.

Occasionally you will also see an arch connecting the notes you are playing, since tapping is essentially just hammer-pulls with both hands.

Sometimes you will see TABs go even one step further and display the H and P for the hammer pulls in the TAB, like the above example.

The first thing you should be looking for is the T. Figure everything else out from there.

Wrapping It All Up

Congratulations! You now know how to read guitar TABs and chord diagrams. Did I miss anything? Have you seen a symbol on some TABs that you didn’t recognize that’s not on this list? Leave all questions or comments below in the comments section and I’ll help you out ASAP.

Have you ever wondered why your guitar has frets? If you’re reading this post, END_OF_DOCUMENT_TOKEN_TO_BE_REPLACED