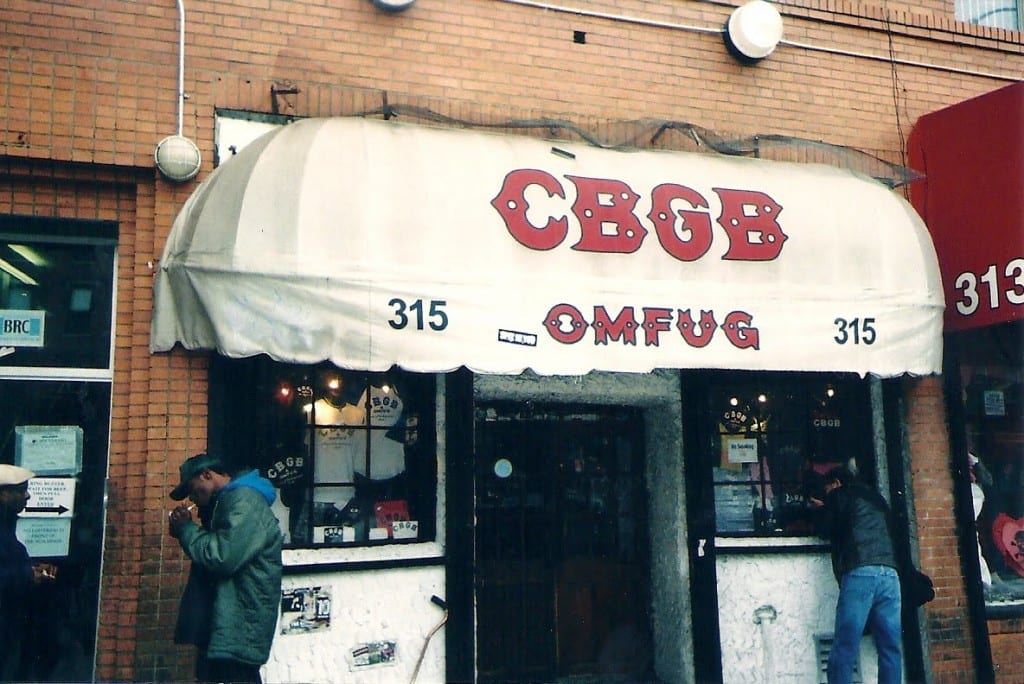 Sometimes a story catches my eye in the music industry that just fascinates me and I feel the need to share it as well. We’ve all seen the iconic shirts at one point or another. Black with white gothic “CBGB” lettering, symbolizing legendary club. The venue, infamous for housing loud, aggressive punk bands shut down in 2006 after a 33 year bout in the industry. However I believe the reason CBGB’s gained such a strong reputation was because the owner aimed at taking in talent that he truly believed to be outstanding and original. To him, Mr. Hilly Kristal, originality was of the highest importance. This past Thursday through Sunday (July 5 – July 8) Webster Hall staged the 2012 CBGB Festival whicgh featured over 300 bands including Agnostic Front, Tommy Ramone, Popa Chubby (A Hendrix Tribute) and obviously many more.

A Brief History of CBGB’s told by Founder Hilly Kristal

From Funk to Punk

CBGB’s was never meant to feature primarily punk and emerging hardcore bands. As Mr. Kristal said the very name CBGB’s stands for Country Bluegrass Blues. The genre’s he intended to have featured there, however not the end result. And as for OMFUG, “Other Music for Uplifting Gourmandizers”… And as for whatever the hell “gourmandizer means? It is an ever-hungry, viscous consumer of, in the case of CBGB’s, music. The club quickly underwent a fast, and now infamous, rise to the top of the club/venue scene. This past weekend, the 2012 CBGB’s festival was held to commemorate its accomplishments and the talent it produced.

Over 300 bands gathered to play for this festival with talent from all over the place. Looking through the pictures and the videos, this event seemed to have surely been an amazing time for all ages. You might think that they’d stick to what they became famous for and stage primarily hard rock/metal musicians but the line up didn’t even come close to lop sided in that respect.

This next group was a new find for me, and I dig the funk a lot. Almost have a good sublime feel to them, too. A group called Mike Rocket and the Stars. Very groovy feel, that you can dance to. The band itself is also very tight and plays well together which I respect. Nothing worse than a sloppy live performance. Wouldn’t you agree? They also have a very comfortable stage presence which fits the genre nicely. Too much energy would feel a little weird with this ska/reggae type fusion.

Unfortunately what was intended to be a respectable commemoration for a legendary night club didn’t stay that way. Former bassist and co-founder of the band Cro-Mags, Harley Flanagan was arrested on Friday for assault and criminal weapons possession. Flanagan had evidently been talking about doing this for am long time now due to bad blood between him and the band members. Reports from other band members claimed that he was always more or less an asshole. Stealing money from the band, trying to claim all the credit for the formation of Cro-Mags, and their success. It’s no wonder that “nobody in the band likes him”. To me it sounds like he couldn’t handle not being in the spot light anymore, let that depression mix with feeling robbed and being a stand up a-hole and he went and snapped. What do you think? Why would Flanagan go that crazy? What could his motivation really have been? Revenge for what?? You can read more about the CBGB Stabbing at Gothamist.com.

Have you ever wondered why your guitar has frets? If you’re reading this post, END_OF_DOCUMENT_TOKEN_TO_BE_REPLACED